China plans to create a new Giant Panda mega reserve. What are the aims and would there be any benefits? 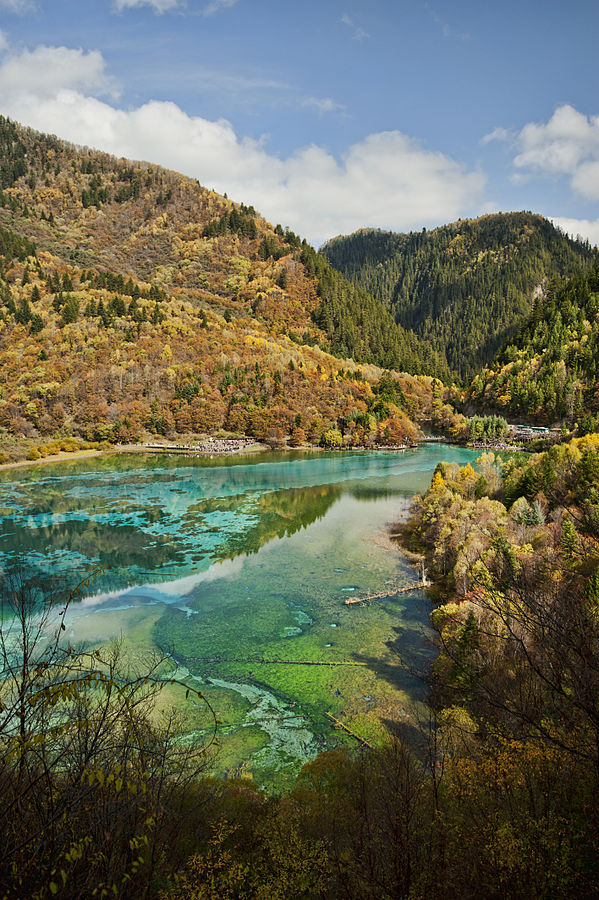 In their continued efforts to boost the welfare of the Giant Panda, The People’s Republic of China has made a new announcement.

It has made public its plans to create a mega giant panda reserve straddling Gansu, Shaanxi and Sichuan provinces.

China is the native home to arguably one of the world’s most loved animals: the giant panda. For now, there are just over 1,800 of them in the wild.

The rest, about 200 more of them, live in various parks and zoos worldwide.

When completed, it’s expected that this massive reserve will help the pandas to interact better, mate and thrive. The planned reserve is the largest and most ambitious one planned so far. When completed, it will span a total area that’s three times the size of Yellowstone in Wyoming, USA. It will also link up 8 preexisting panda reserves.

Animal reserves are enclosures that provide a safe and secure place for creatures to live. These reserves are conservation-driven and seek to allow the animal thrive in its natural habitat. Most reserves are in form of parks right in the animal’s original territory.

To give you an idea about how large it’s going to be, the Yellowstone National Park, USA measures 3,471 square miles (8,991 square kilometers). So this one is about three times the size of Yellowstone.

The plan is that having so much space with little human interference will boost the wild population.

Giant Panda Mega Reserve: A Merger Of Other Preexisting Reserves

The new giant panda mega reserve will connect 8 preexisting panda reserves. These reserves are presently on six isolated mountain ranges. The animals will be housed at a reserve spanning Gansu, Shaanxi and Sichuan provinces.

Merging these mountains may make it easier for the panda to move around. They will also mingle with each other and eventually mate. This will help the gene pool and prevent inbreeding.

Though it’s become something of a social media joke, the giant panda is notorious for a very low libido, especially in captivity. So, removing as many obstacles as possible and allowing adults of both sexes to interact in the wild is a top priority for China now.

Admittedly, efforts to recover the giant panda have begun paying off. For instance, their numbers went up 17 percent from 2003 to 2013. In response, to other these numbers, the IUCN downgraded these bears from Endangered to Vulnerable.

In other words, though they could still go extinct, the possibility and danger of that happening is not as imminent as it was before.

Some Quick Benefits Of This New Reserve:

This mega reserve will also streamline the authorities responsible for protecting the pandas across each of the three provinces: Gansu, Shaanxi and Sichuan , which the new park will now contain. For now, there’s some bureaucratic red tape in determining who’s responsible for what especially when the bears cross from one border to the other.

The park will straddle all the land lying at the main points of some major rivers in the vicinity including the Yellow River and the Yangtze.

Giant Panda Mega Reserve: Other Wildlife To Be Protected As Well 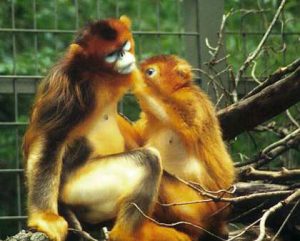 The Golden Snub-Nosed Monkey Is Just One Of Many Animals That Will Benefit From This New Reserve. (Author Eva Hejda http://fotos.naturspot.de/ cc by-s.a. 2.0 DE)

As an added advantage, the mega national park will serve as an “umbrella” protecting up to 8,000 more endangered animals and plants aside the giant panda bear.

There are many equally fascinating and exotic creatures that share these remote mountains with the pandas. These include the Asiatic black bear, the red panda, the golden snub-nosed monkey, and the leopard cat.

However, despite all these laudable achievements and plans, the IUCN has come out with a strong warning that the gains recorded so far may be short-lived. That’s as a result of the impending effects of climate change.

Basically, if our planet continues to heat up at the rate it’s going, up to a third of the panda’s native bamboo-rich habitat would be lost.

This devastation could happen in as little as 80 years’ time.

Effects Of The Mega Reserve On Humans

While conservationists and animal lovers are all for this new development, some quarters are not too happy about it. Specifically, the 170,000 people that live in the area.

Every one of them (male, female, and child) will have to leave the area to make way for the giant panda mega reserve. Note that most of these families have lived in the area for many generations. They also get their sustenance from it. But, there’s no way they can remain in the area and the pandas and other creatures will be able to roam freely.

When you consider the fact that these people also harvest bamboo and breed livestock, you’ll realize that there will certainly be some conflicts.  No doubt about it.

For now, the best authorities can do is to offer the evacuees new homes in other locations and possibly jobs in the new park.

Whatever happens and if this plan comes to pass, it will truly be a haven for these pandas and other animals in the region.