Panda Diplomacy is surprisingly an important diplomatic tool between China and many nations today. 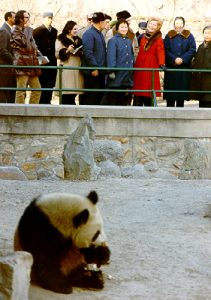 Giant Pandas are not merely regarded as one of the most adorable and most protected species on the planet. These bears have contributed a lot in terms of fostering close relations through international diplomacy. Panda Diplomacy is the term used to refer to China’s gifting of giant pandas to other countries.

This practice dates as far back as the Tang Dynasty (the Golden Age). In more modern times, from 1958 to 1982, China has gifted 23 pandas to nine countries in total.

The bears were very well received and loved, and became accepted as a means of improving trade and cultural interaction between two nations. Since the 1950s to date, China has been